A State Champion Collapses on the Field.

“Everything came together that day to save my life.”

On April 15, 2009, 15-year-old Claire Dunlap woke as a typical, healthy, and happy high school sophomore. But what happened later that day changed her life forever. The American Heritage High centerfielder went into the celebratory huddle after winning her softball game. While taking a knee, she collapsed backward onto the field.

Claire had stopped breathing, turned blue and was convulsing and making snorting noises. As her trainer began CPR, two off-duty firefighters rushed to help. They immediately recognized Claire was in Sudden Cardiac Arrest and called for the AED that was, thankfully, available at the field. She was shocked three times before her heart started again.

After three days in a coma at a nearby hospital, Claire woke to learn she has anomalous heart arrhythmia. She had a pacemaker installed in her chest a week later and has since been saved twice by the device. Claire was a student athlete who played many sports, including volleyball and softball. Having to curtail those activities to reduce stress on her heart has been hard, but Claire says she is lucky to be alive, thanks to the quick-response of bystanders, and the use of the Automated Electronic Defibrillator that kept her alive until paramedics could take over.

Claire has taken her experiences with her into the workforce. She now works for the very company that manufactures the pacemaker in her chest. In a way, she’s “paying it forward” and happy to do so. 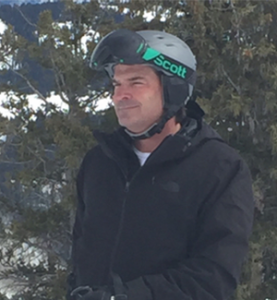